Nissan recently launched its new crossover, the 2016 nissan Kicks , in Rio de Janeiro as the official automobile of the Summer Olympics. This move has done as an effort to boost sales in Latin America. To meet the initial demand, the new Nissan Kicks will be manufactured at Nissan’s benchmark plant in Aguascalientes, Mexico. After this, full production of the Nissan Kicks will be start at the Nissan facility in Rensede, Rio de Janeiro. This plant has been created specifically for the production of the Kicks. 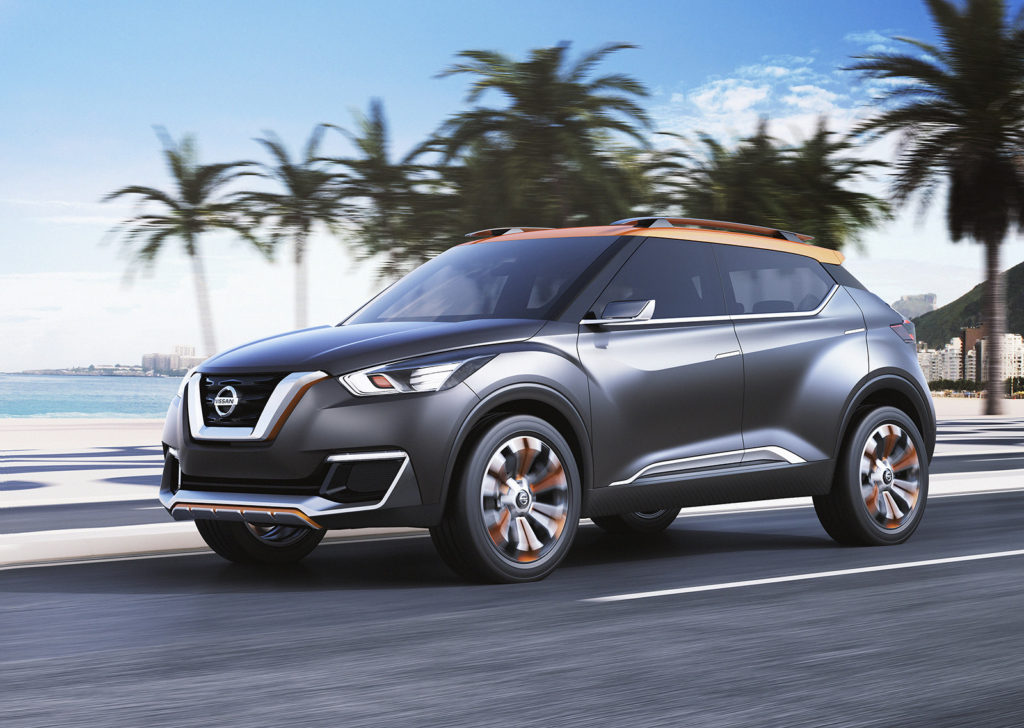 The 2016 nissan crossover has even taken the liberty of fitting a flat-bottomed steering wheel, that has no practical benefit but does – and here is the important bit – look cool.

Along with the in-dash touchscreen, there is plenty of neat tech touches to improve the driving experience. Four on-board cameras are used to provide an around-view angle display, showing a birds-eye view of what’s going on at all four corners of the car, which is very useful for squeezing into the tight spaces outside your local coffee shop while you wait for a double vanilla decaf frappuccino.

The Kicks also gets Nissan’s signature V-shaped grille with wraparound tail lights and headlights. The windscreen and windows are reminiscent of the Nissan GT-R. While the power plants of the Nissan Kicks are still to be revealed, expect an array of inline-4 engines to be on offer.