Securifi recently released of its Almond 3 Smart Home Wi-Fi system. It is the first attempt from securifi to deliver on the promise of the easily blanketing a large home with a strong Wi-Fi signal.

The Almond 3 allows multiple units to come together to create a broad Wi-Fi network which can cover an entire home or office. With its dual‐band AC1200 Wi-Fi, a ZigBee radio, and a programmable siren for the security, the product is intended to provide wireless Internet for the true 21st-century household.

The Almond 3 features a built-in ZigBee radio chip to interact with smart home devices, it supports Bluetooth devices and Z-Wave as well. In other words, the Almond 3 can replace the Philips Hue hub and all these other different hubs. It integrates with Nest devices. 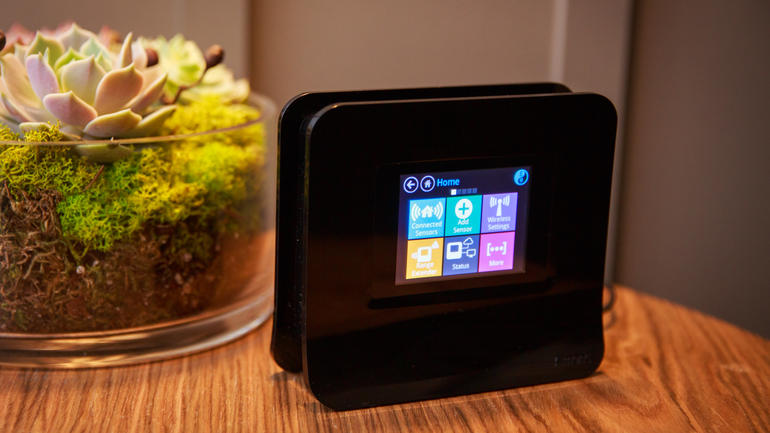 There’s a built-in programmable siren as well so that you can create a scenarios with other connected devices to trigger the alarm on your Almond 3. You can also create a list of authorized Android phones to disarm the alarm automatically.

Securifi says one Almond 3 unit can cover about 1,300 square feet with a Wi-Fi signal, that’s enough for a small home. If you have a large home, however, 3 units will cover up to 5,000 square feet (465 square meters). And you can use up to five Almond 3 units together.