LG, the South Korean Company, is hoping to boost demand of the LG G6 Smartphone by offering a free Google Home Speaker to make the most of it being the only flagship smartphone offering of the year. 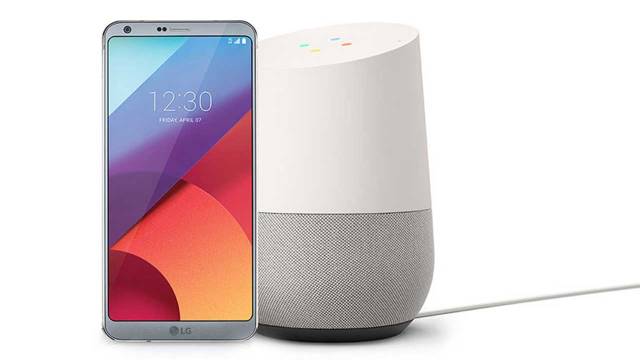 The LG G6 Smartphone is already an impressive piece of hardware along with high-end specs and breathtaking features. And the company has thought of making the device even more attractive to early buyers by giving such an amazing offer as a free bundle. Now with the Google Home speakers priced $129 a pop, this does make for a really nice deal for buyers considering that the G6 already impressed with its looks and features as well.

T-Mobile has recently announced that it will sell the LG G6 in the United States priced at $650 along with Google Home speaker hub free with pre-orders – but rival US carriers are hoping to tempt buyers with even more enticing deals.

Verizon has started to take the pre-orders for the G6 smartphone and priced at $672 up front, or $28 per month on a two year of an installment plan. In addition to the free speaker, Verizon is also offering buyers a free 43 inch Smart TV for customers who switch to the carrier.

Sprint is also taking pre-orders for the G6, but at a higher price. The carrier will offer a smartphone with a $708 price, or you can pay $29.50 a month over two years on an installment plan. While the smartphone costs more on Sprint, You will get the free Google Home speaker hub along with a free 49 inch LG HDTV worth $349.99, as a part of the package.

AT&T is offering a smartphone priced at $719.99, or $24 a month on a 3o-month plan. An alternative plan is also available, costing $30 per month for the smartphone over 24 months. AT&T offering along with a free Google Home speaker, a second free G6 smartphone, if you pay the first one in full and add a new line on AT&T next. And if you sign up to a two-years AT&T Next agreement, so the carrier will also offer you an LG Watch Sport worth $349, in just for $49.99. There are plenty of options for those who buy a LG G6 smartphone.