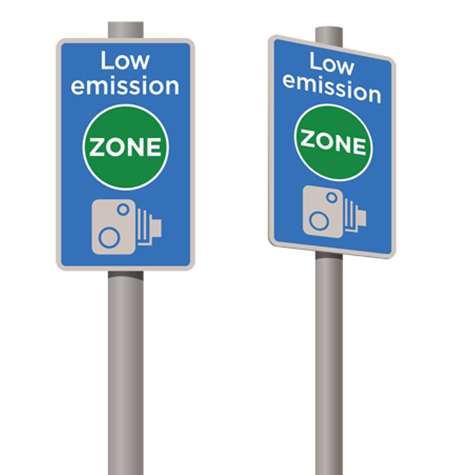 Oxford city council have announced their plans to become what they believe to be the world’s first zero emission city – as they pledge to ban petrol and diesel cars from their city centre roads by 2020, and hope to extend this zone throughout the whole city by 2035. As the UK government commits to improving air quality across the nation, could ‘clean air zones’ be another step closer to reaching the target?

With up to 40,000 premature deaths a year supposedly linked to poor air quality, just in the UK’s capital London alone, the government simply had to follow in the footsteps of their neighbouring countries and do something about the high levels of air pollution coming from our petrol and diesel vehicles. Diesel cars in particular are said to be emitting 50% more toxic emissions, including nitrogen dioxide,than the legal limit. Both Norway and Germany are on their way to hitting their clean air targets by 2025 and 2030.

As for the UK, it’s not only Oxford who plan to do something about their air quality – five of the most polluted regions in the UK have also committed to introducing ‘clean air zones’ into their cities, including Birmingham, Leeds, Derby, Nottingham and Southampton. The government defines a Clean Air Zone as “an area where targeted action is taken to improve air quality and resources are prioritised and coordinated in order to shape the urban environment in a way that delivers improved health benefits and supports economic growth”.

These zones plan to limit access to high polluting vehicles, and charge those for entering the zonein an attempt to reduce levels of pollution in the area. The aim is to encourage drivers to change to cleaner, electric or hybrid vehicles to prevent being charged with fees for entering the clean zones. Restrictions will limit who can enter the zone with the introduction of entry charges, time-of-day restrictions and/or blanket vehicle bans. Vehicles who emit zero emissions, or ultra-low emissions will be exempt from charges within the clean zones – however, to begin with, only buses, taxis and HGVs are likely to be charged for entering the areas, and privately-owned vehicles will be exempt. This could be because the government are keen to make it clear to drivers who were encouraged to buy diesel by former governments that they will not be penalised for following successive governments.

As the UK government continue to unveil their plans to reach their 2040 goals, clean air zones appear to be another step closer to hitting the target. If the UK is to become an electric nation, this is just a small piece of a larger puzzle. However, with more cities investigating the feasibility of introducing clean air zones into their cities, this small piece of the puzzle could prove to be a significant approach to getting our emissions and pollution back down to the legal limit.

Here at Motorparks, we offer a selection of great electric deals on both new and used cars, including prestige vehicles such as the Jaguar I-Pace available at our Jaguar Grange dealerships. If you have any queries, please don’t hesitate to contact us and one of our specialists will be more than happy to help.