Volvo’s all-new XC90 – which will be launched in two weeks’ time in Stockholm – will be the first car in its range to be built on the Scalable Product Architecture (SPA) modular chassis technology developed in-house.

SPA has been under in-house development at Volvo for the past four years and is the cornerstone of the company’s ongoing USD 11bn transformation plan. It will be introduced with the all-new XC90 and then rolled out across the product range in future.

The benefits of SPA are twofold. First, the flexibility of SPA liberates Volvo’s engineers and designers, allowing them to devise and introduce a wide range of new and alluring design features at the same time as improving driveability, introducing world-first safety features, offering the latest connected car technologies and creating more interior space.

“SPA and the XC90 are firm evidence of our Volvo-by-Volvo strategy. The XC90’s outstanding combination of luxury, space, versatility, efficiency and safety will bring the SUV segment into a new dimension, just as the original XC90 did in 2002,” says Dr Peter Mertens, Senior Vice President, Research and Development of Volvo Car Group.

Secondly, SPA will change the way Volvo builds cars in future by allowing a wide range of cars, powertrains, electrical systems and technologies – all of differing complexity – to be fitted on the same architecture, generating significant economies of scale.

“SPA gives us a fresh technological start. Around 90 per cent of the components in the all-new XC90 and upcoming models are new and unique. We are raising the bar to the very top of the premium league when it comes to quality and technology level in every vital area,” says Dr Mertens. 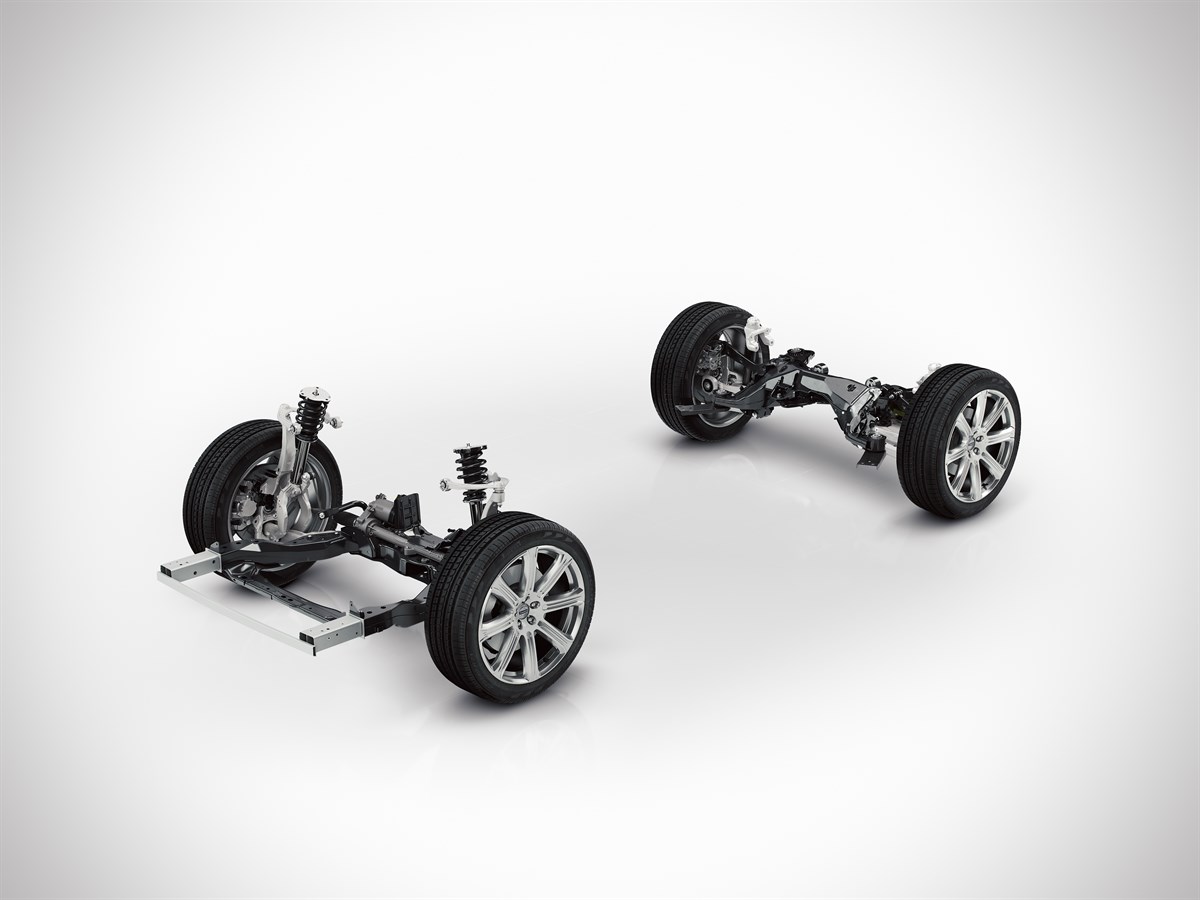 With SPA, previous design limitations in areas such as wheelbase, overhang, vehicle height and the height of the front are removed.

“This has created greater freedom for us to design cars with a confident stance, dynamic proportions and a number of distinctive design signatures. Our three recent concept cars have demonstrated this capability. Even though the all-new XC90 is an entirely different type of car, you will recognise the connection instantly when it is revealed in two weeks,” says Thomas Ingenlath, Senior Vice President Design of Volvo Car Group.

SPA also allows for far more flexibility inside the car. The new XC90 features innovatively designed seats that free up interior space for passengers in the second and third rows, helping make the new XC90 a genuine seven-seater.

“SPA has enabled us to create the world’s first no-compromise SUV,” says Dr Mertens. “You get the agility of a much smaller and lower car, an in-command feel and generous interior space, plus an adrenaline rush delivered by powertrains that offer an unrivalled combination of power and low emissions. Of course, it carries the Volvo badge, meaning world-class safety is standard.” 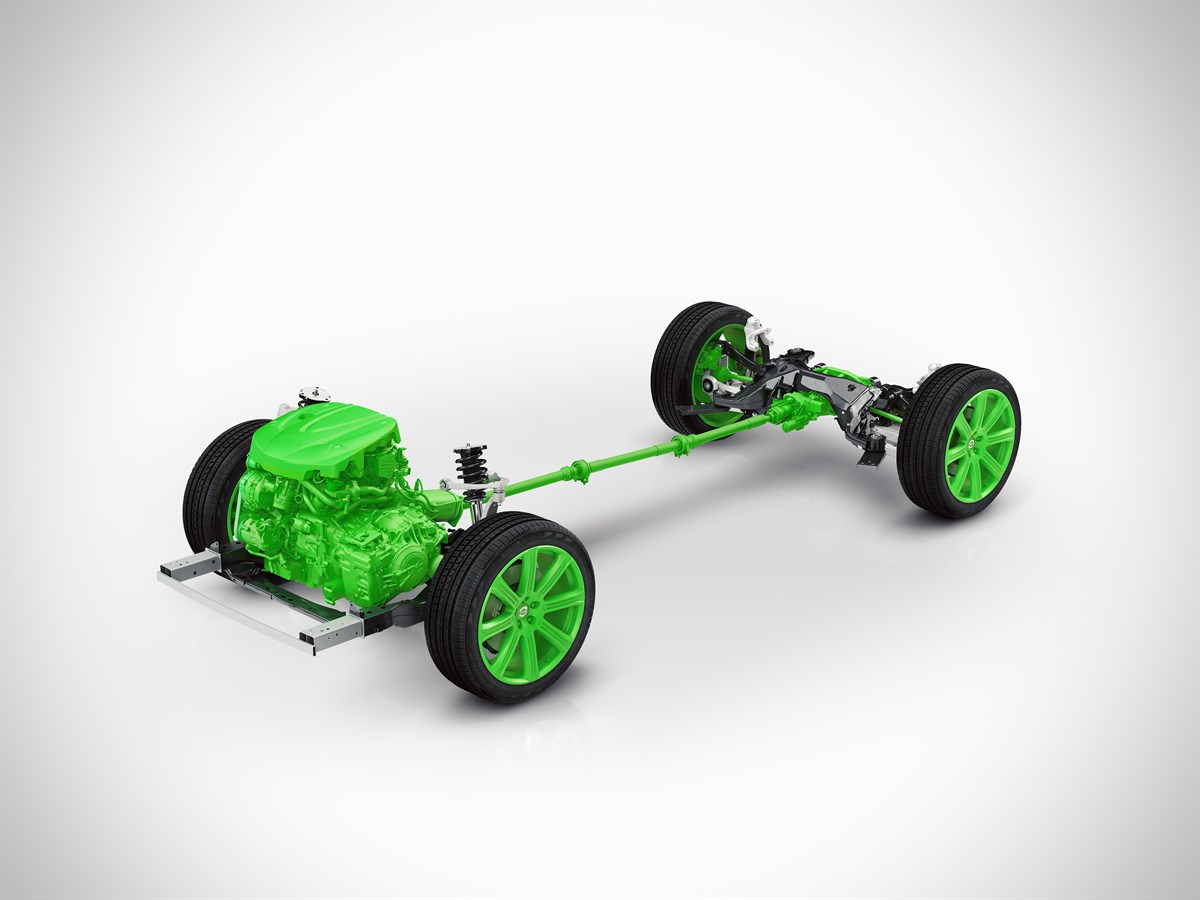 The new XC90 offers a range of Drive-E engine options, all of which provide an outstanding combination of performance and fuel-efficiency. This modular family of two-litre, four-cylinder diesel and petrol engines has several levels of turbocharging to cover the whole range from high power and torque variants to fuel-efficient versions.

The top-of-the-range XC90 ‘Twin Engine’ combines a two-litre, four-cylinder supercharged and turbocharged petrol engine with an electric motor and offers an unrivalled combination of power and clean operation – around 400 horsepower with carbon dioxide (CO2) emissions of around 60 g/km (NEDC driving cycle).

SPA is also able to integrate electrification at all levels without intruding on interior space or load space. Other carmakers have struggled to combine the bulk of a battery pack with a luxurious and spacious interior, something that Volvo has managed to overcome with SPA

SPA helps make it possible for Volvo to bolster the company’s world-leading reputation for safety without compromising on design, size or weight. Thanks to the extensive use of high-strength boron steel, SPA cars can be made more compact and safer at the same time.

SPA also includes an innovative electrical architecture that elevates the car’s intelligence level significantly. It is designed to make it easy to integrate new technology within fast-moving areas such as microprocessor, sensor and camera technology. This facilitates the introduction of new accident-preventing safety solutions – and enables rapid introduction of new multimedia and connectivity options.

“We have created a single nerve system with full control over all the connections in the vehicle. This is unique in the industry,” says Dr Mertens.

In addition to the significant product-related advantages of the scalable architecture there are also industrial benefits.

SPA allows Volvo to develop a model range consisting of cars based on the same joint modules and interfaces, scalable systems and components and built in a flexible production system. This means all Volvo models from the 60-cluster upwards can be built on the same production line irrespective of complexity.

Today, for the first time, Volvo is revealing images of the front end or ‘face’ of the new XC90 SUV, which is distinguished by its T-shaped running lights, christened ‘Thor’s Hammer’ by the design team after the shape of the hammer used by the famous Norse god of thunder Thor.

“Anyone who looks in their rear-view mirror is going to know immediately that there is a new XC90 behind them,” says Mr Ingenlath. “The XC90 is a car that has presence on the road.”

All-new XC90 Will Be The First Volvo Built On The Company’s New Scalable Product...

Toyota Unveiled The Interior Design For Its New C-HR