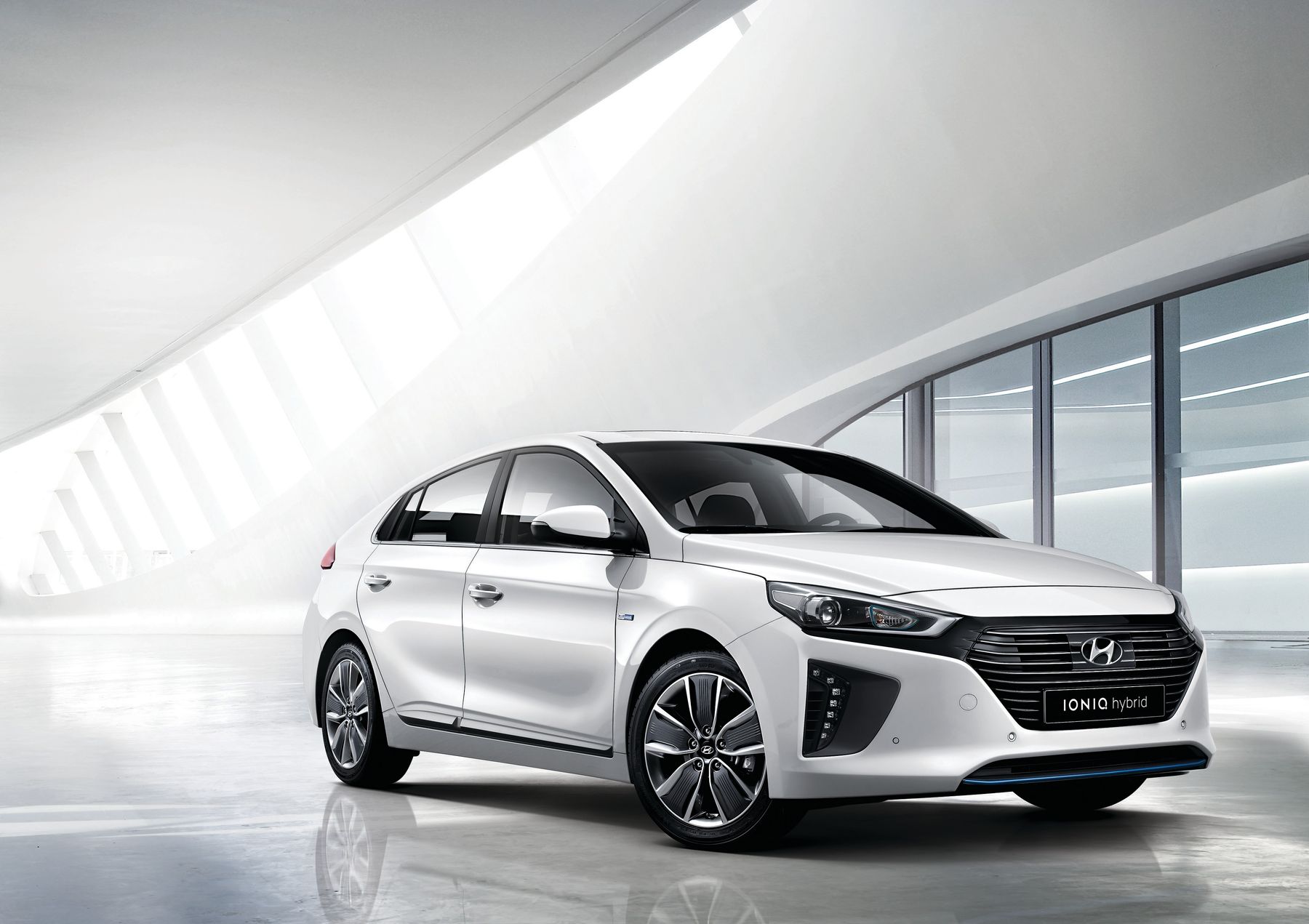 We already heard that HYUNDAI was reportedly preparing to bring together its new IONIQ; hybrid, plug-in hybrid and pure electric. Now, its official unveiled the models at the New York International Auto Show 2016. Hyundai would be one of the only brands to offer all three branches of electrification in the same showroom. And all-electric car comes with a fairly standard range of 110 miles. The all-electric engine is good for 120 horsepower and 215 lb.-ft of torque, and is fed by a 28 kWh lithium-ion polymer battery. That power gets fed through a single-speed reduction gear transmission.

It features a new kappa 1.6-liter four-cylinder direct injected engine with an electric motor for a combined 139 horsepower and 195 pound-feet of torque. A 1.56 kWh lithium-ion polymer battery pack is on board. Those models also have an electric motor and a six speed dual-clutch automatic transmission. 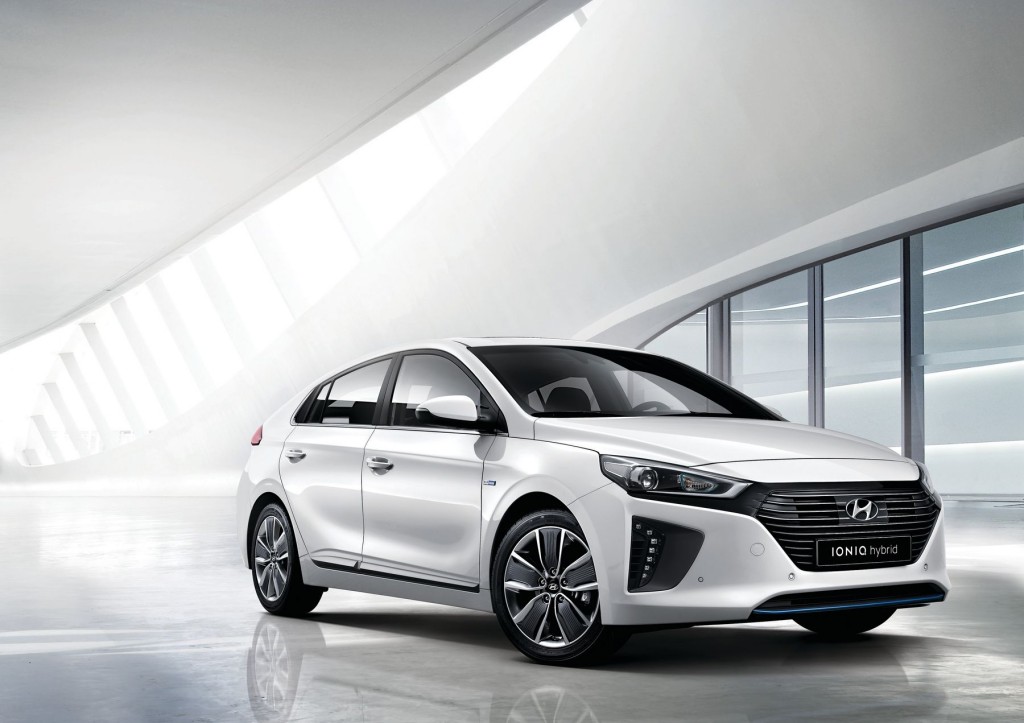 The plug-in model makes some changes to that formula, significantly increasing the size of the battery pack to a larger 8.9 kWh and increasing the power of the electric motor to an even 60 hp. If you need to go more than 110 miles at a time, the plug-in hybrid will do more than 25 miles on all electric without ever having to fire up the gas motor to charge it. 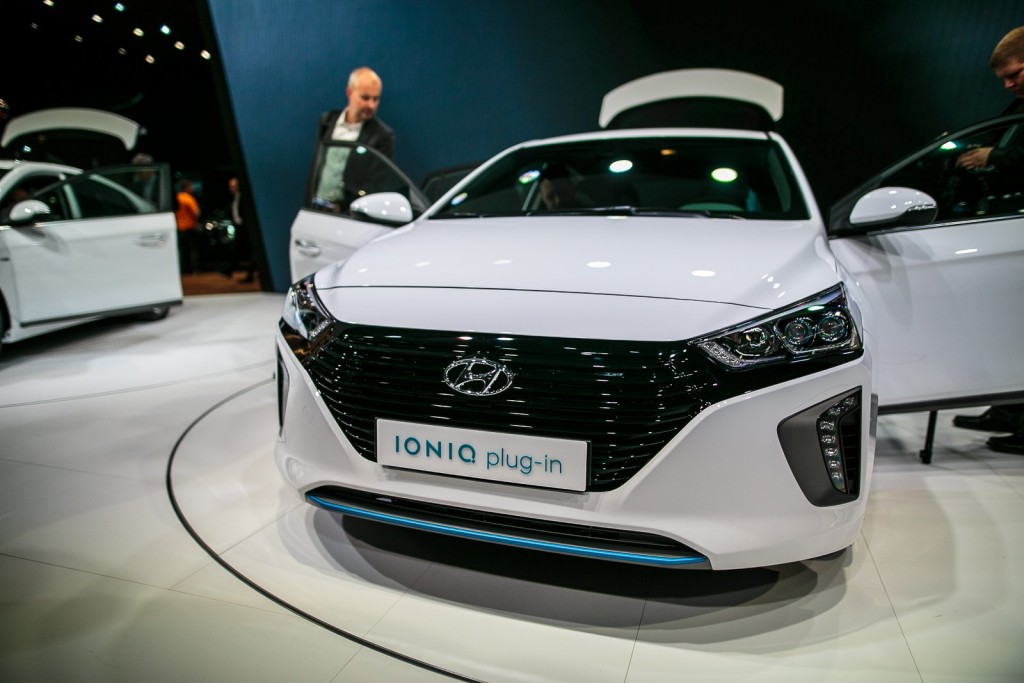 The electric model has a closed contrasting panel in place of the hybrid model’s grille up front, adding a smooth, futuristic touch to its front fascia. The IONIQ electric power-120ps, torque-295 Nm with 28kW battery.

The release dates for the Hyundai Ioniq in all its forms has not yet announced, but will likely see a staggered release, with the Hybrid coming out first.