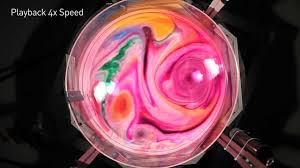 Today at the joint meeting of International Society of Magnetic Resonance in Medicine (ISMRM) and the European Society of Magnetic Resonance in Medicine and Biology (ESMRMB), GE announced the introduction of SPINlab, a hyperpolarizing system that enables the visualization of metabolic activity at the cellular level using magnetic resonance imaging (MRI). The system simplifies MRI research of metabolism by providing reliable access to hyperpolarized compounds in a dedicated unit. SPINlab is the inaugural product of Research Circle Technology Inc. (RCT), which GE launched in 2011 to enhance development of innovative technology, in collaboration with leading scientists.

The hyperpolarization system that was first used several years ago needed an entire clean room; additionally, it required significant amounts of liquid helium to operate and several operators working in concert. SPINlab is now the first high-throughput, fully-automated hyperpolarizer requiring minimal helium. It has an integrated fluid path, quality control system and simultaneously hyperpolarizes multiple samples of pyruvate or other compounds to produce imaging agents.

Almost all the major diseases are in some way linked to metabolic alterations. The introduction of SPINlab has expanded new possibilities to study non-invasively the biochemical changes in disease processes by improving the sensitivity of MRI by more than 20,000-fold. By using SPINlab, researchers can study the real-time metabolism of disease, moving beyond morphology and functionality to reveal visual information about the flow, perfusion, metabolism and organ and cell viability in living creatures. Because SPINlab enables non-invasive imaging of metabolic pathways, it allows researchers to better study treatment monitoring and earlier disease detection.

Taking Your Training Further with a Fitness App