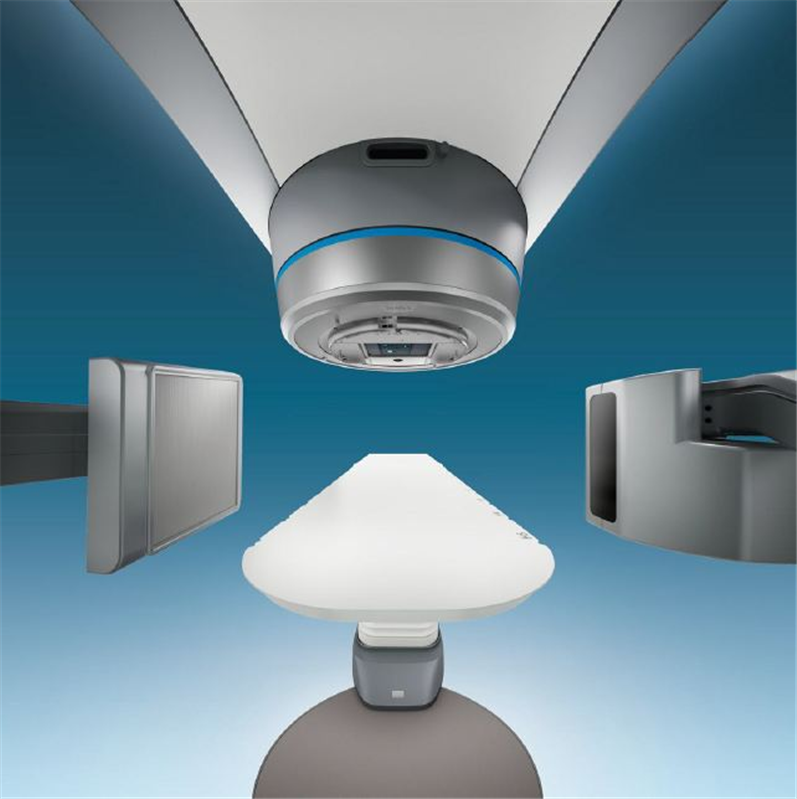 Doctors at the Champalimaud Center for the Unknown here have performed the world’s first cancer treatments using the new advanced Edge™ radiosurgery system from Varian Medical Systems.  This fast, precise and non-invasive alternative to conventional surgery was used to treat several patients with lung, prostate and brain tumors. 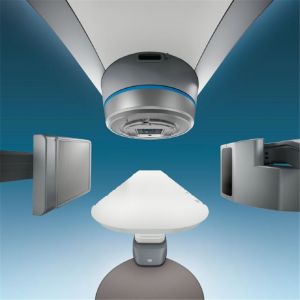 The Edge radiosurgery system enables clinicians to attack tumors from outside the body using carefully shaped high-energy X-rays.  There are no incisions and patients contend with few of the healing, pain, and recovery issues associated with conventional surgery.  Targeting precision is enabled by Varian’s Calypso® “GPS for the Body” system for tracking tumor position in real time.  The system also can alert clinicians if a patient has moved in a way that could compromise treatment accuracy. A sophisticated treatment couch with six axes of motion enhances treatment precision by providing additional angles for targeting tumors.

“Edge radiosurgery should make a big difference in the precision of treatments, particularly with the advanced PerfectPitch™ couch system which offers us the ability to make minute positional corrections efficiently,” says Professor Carlo Greco of the Champalimaud Foundation. “We are delighted to be the first center in the world to begin clinical treatments using Edge Radiosurgery and it has been a superb job by the whole Varian and Champalimaud teams to make this happen.”

The first patient treated at Champalimaud using Edge Radiosurgery was a 63-year-old female with operable stage 1 non-small-cell lung cancer.  Clinicians also treated a 67-year-old male with two metastatic tumors in his brain. He received radiosurgery for both tumors in a single session that took less than ten minutes.

The Center also used the Edge system to commence “hypo-fractionated” stereotactic ablative body radiotherapy for two prostate cancer patients, enabling them to complete the treatments in five sessions, rather than the 30-40 sessions that are typically required with standard radiotherapy.  According to the team at Champalimaud, preliminary data indicates that hypo-fractionation holds great promise in achieving excellent tumor control for properly selected prostate cancer patients.¹

“We believe the Edge radiosurgery system offers more options for clinicians and will prove to be an effective tool for effectively performing cancer surgery with no knife,” says Rolf Staehelin, head of international marketing for Varian Medical Systems.

Other leading cancer centers around the world – including the Henry Ford Clinic in Detroit and the Humanitas Clinic in Milan – are scheduled to commence treatments using the Edge Radiosurgery system in the coming weeks.

Taking Your Training Further with a Fitness App